As the planet warms, so does the ocean.

A warming ocean has many impacts, including rising sea levels.

Different parts of the ocean are warming at different rates.

Parts of the Southern Ocean are warming 3-5 times faster than the global average.

Exactly how quickly Antarctic ice will melt as ocean temperatures continue to rise is a critical area of current research. 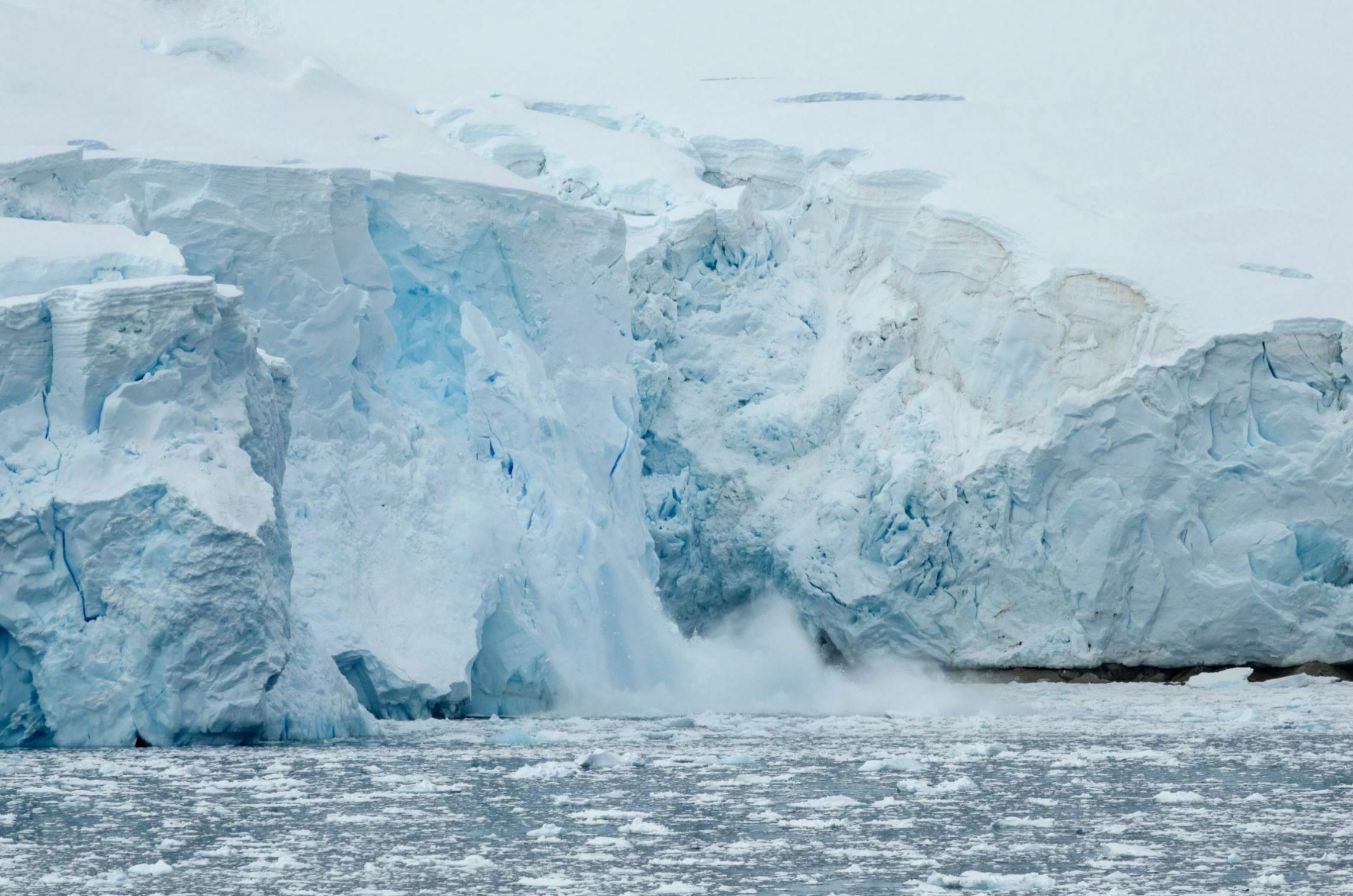 The planet is heating up. Over the past 50 years, the ocean has absorbed over 90 percent of the excess heat produced by human activity.

Most of this has taken place in the Southern Ocean, where a unique network of currents connecting surface waters with the deep ocean take extra heat from the surface to the depths, where it can be stored for centuries.

The Southern Ocean is heating up

The ocean and the atmosphere interact with one another. Where the surface of the ocean comes into contact with the air an exchange of gases, particles and heat takes place. This exchange plays an important role in the regulation of the global climate.

Since the late 19th century the average temperature on earth has risen by about 2.05°F (1.14°C). Each decade since the 1980s has been the hottest on record, and nine of the ten warmest years on record have occurred since 2005. As the atmosphere heats up, the surface waters of the ocean heat up as well.

Although it is the second smallest of the five ocean basins (the Arctic Ocean is the smallest), the Southern Ocean has absorbed as much as 75 percent of the excess heat absorbed by the ocean as a whole. Without this valuable ‘ecosystem service’, temperatures on earth would be much warmer today.

Warming up around Antarctica

Some parts of the Southern Ocean are heating up more quickly than others, with marked temperature increases noted across the Antarctic Peninsula, the Weddell Sea, and under some ice shelves in both East and West Antarctica.

On the west Antarctic Peninsula, summer sea surface temperatures have increased by over 1.8°F (1°C) since 1955. This is roughly three times the global average. To the east of the Peninsula in the Weddell Sea, deep layers of the ocean are warming five times faster than the rest of the ocean at the same depth. Further south, warm currents have been detected under parts of the West Antarctic and East Antarctic ice sheet, melting their floating ice shelves from below.

Due to the difficulty of accessing these and other areas of the Antarctic coastline, there is a need for more research to understand the true extent and degree of ocean warming around Antarctica.

Why does the ocean absorb heat from the atmosphere?

There are a couple of major reasons the ocean absorbs heat from the air above it. The first is that the ocean has a higher heat capacity than air, which means it can absorb heat without its temperature increasing at the same rate.

Second, in some parts of the ocean, currents can draw heated surface water down into deeper layers of the ocean, where it will stay for centuries, allowing cooler water to take its place and absorb more heat. This process will become less efficient as the ocean heats up, and there is evidence it is already beginning to slow down. The Southern Ocean is a particularly powerful heat sink as it is much colder than the air above it, and has some of the strongest currents on the planet. 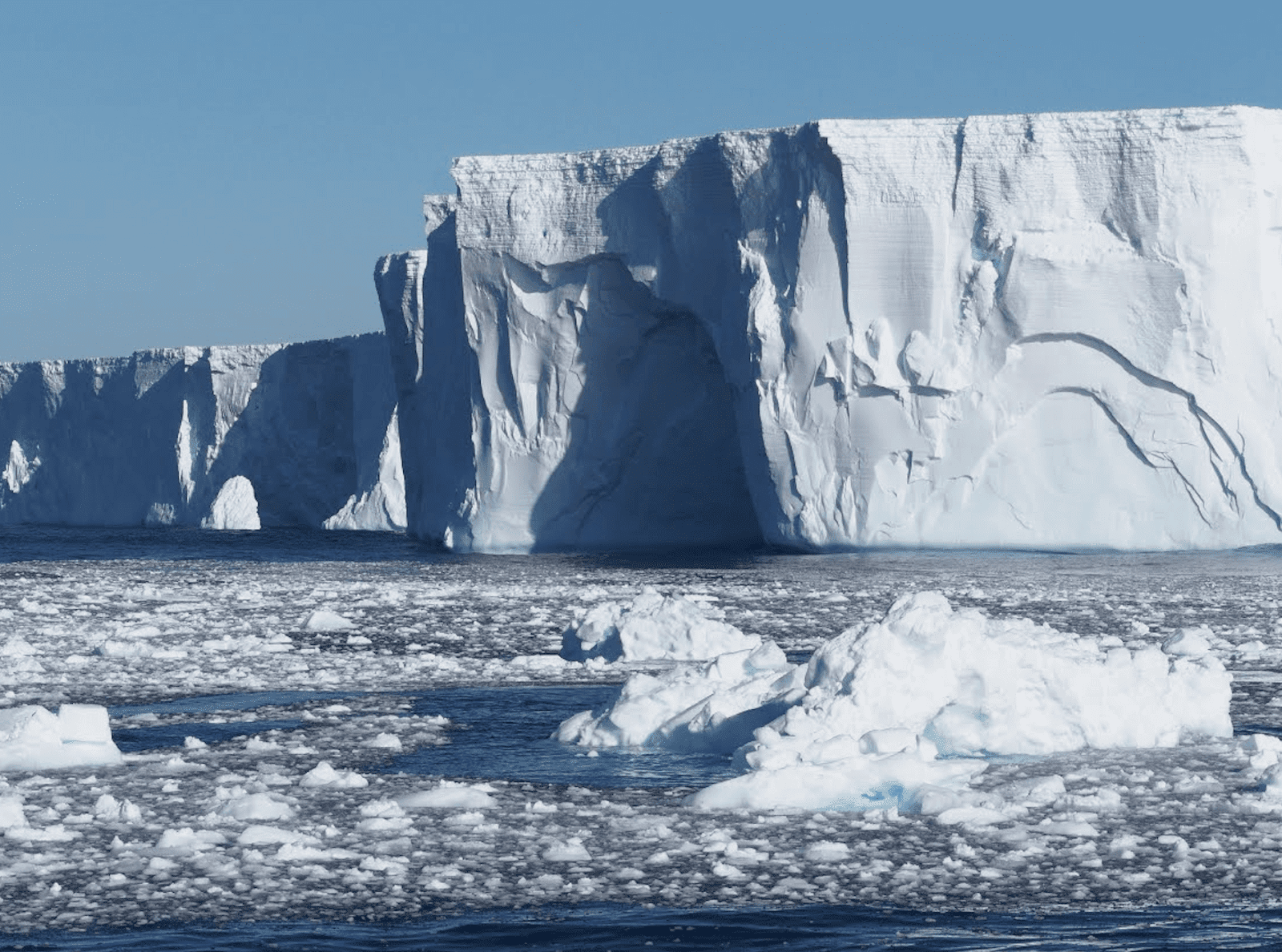 Scientists are already reporting the impacts of a heating ocean around Antarctica. In some areas ice shelves are melting more quickly each year, and sea ice cover has reduced dramatically.

Where the ice meets the sea, warm ocean temperatures are melting the floating edges of the Antarctic Ice Sheet, gradually speeding up the pace of sea level rise.

Relatively warm currents have been identified flowing under several large ice shelves around Antarctica, melting them from below. When ice shelves melt they become thinner, and flow more quickly into the ocean. Ice shelves are an important buffer against uncontrolled sea level rise. They hold back the vast Antarctic Ice Sheet, which contains enough freshwater to raise global sea levels by almost two hundred feet (58 meters).

Off the coast of the west Antarctic Peninsula, winter sea ice cover has declined dramatically. In 2019, winter sea ice cover lasted for 90 days less than in 1979. Sea ice helps regulate the global climate, and any decrease in its extent or duration has widespread impacts across the climate system.

Sea ice reflects more heat than it absorbs, (between 50 and 90 percent, more when covered with fresh snow) helping to keep the climate cool. It also insulates the ocean from the cold air above it. The underside of sea ice provides an important habitat and shelter for Antarctic life including microscopic algae and krill, which participate in the climate system by absorbing carbon into the food web, where it is eventually stored in the ocean for centuries or longer.

Antarctic krill (Euphausia superba) are at the heart of the Antarctic food web, providing a vital food source for many Antarctic species, including penguins, seals and whales. But research has shown that a warming ocean and reduced sea ice means that fewer krill eggs will hatch, and fewer will develop successfully from larvae to juveniles. This will have a particular impact on species like crabeater seals and Adélie penguins, which rely heavily on krill as a food source.

There is already evidence of Adélie penguin colonies vanishing from the northern Antarctic Peninsula. Their disappearing colonies have been linked to warmer oceans, reduced sea ice cover and declining krill populations.

The impacts of a warming ocean already extend well beyond Antarctica.

There are important ocean currents that help regulate the climate, which begin in the polar regions. Changes in ocean temperatures already appear to be affecting ocean circulation in some regions, disrupting the climate and resulting in unpredictable new climate and weather patterns into the future.

Warm water takes up more space than cold water due to thermal expansion. As the ocean warms up it is expanding, contributing to rising sea levels.

Heat from the water at the surface of the ocean provides energy for storms. Warmer oceans and increased air temperatures together result in more evaporation, higher rainfall and more powerful storms. 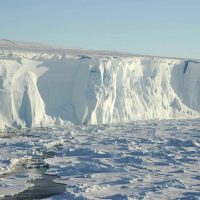 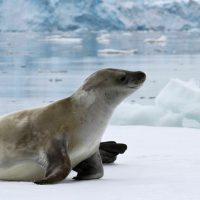 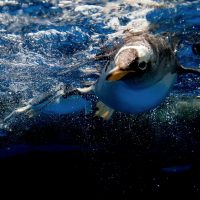 The Southern Ocean flows around Antarctica. 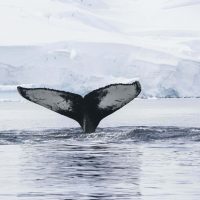 Now that you’ve learned about the impact of warming temperatures on the Southern Ocean, read on to learn more about extraordinary Antarctica.